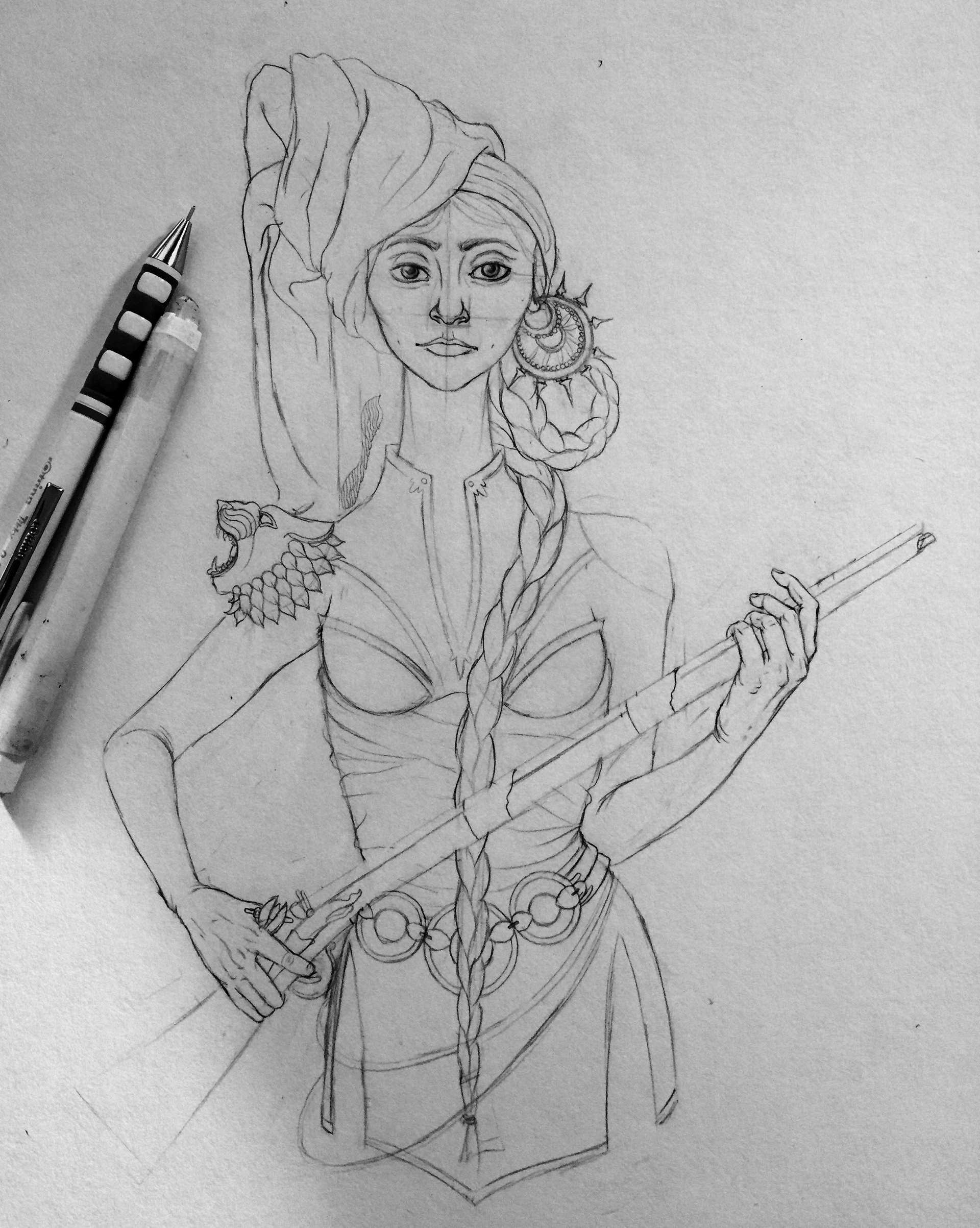 ‘Portraits from Imaginary Times’ projects a window into an alternative reality solely based on references from the ancient as well as the more recent Western Asia, wherein a series of portraits represents a collection of female characters.
While garnering stylistic and visual similarities to Near Eastern representational art, the portraits also showcase a stark contrast to what has been the prevalent archetype of the woman and the female portrait throughout the artistic productions of the past centuries. Shedding away the now all-too-known image of the ‘harem girl’, the ‘seductress’ or the ‘submissive woman’ in orientalist paintings and 19th century staged photography, a closer-to-home portrayal is adopted which depicts the true strength of the women of this region.
Various historical as well as mythical references already spoke of the deep-rooted strength of Near Eastern women, most famously through the character of Ishtar-Astarte-Ashtart, the goddess of fertility, love, sex and war: the ultimate archetype.
Historical references range from the famous female-pharaoh Hatšepsut; brave queens who took on various powerful positions within their society such as Puduhepa, Naqiya, Shamiram-Semiramis and Zenobia; brilliant poets and philosopher-scientists such as Enheduanna and Hypatia; and finally, most recently, the known and anonymous women who took up arms and aided their people throughout their darkest hours from the 19th century to this day, from Armenia to Palestine, the Mediterranean shore to the easternmost reaches of the Near East.
These portraits, while serving as fictional representatives of an alternative reality, are a visual ode to all these women, famous and obscure; a manifestation of this region’s powerful female archetype.​​​​​​​
↑Back to Top